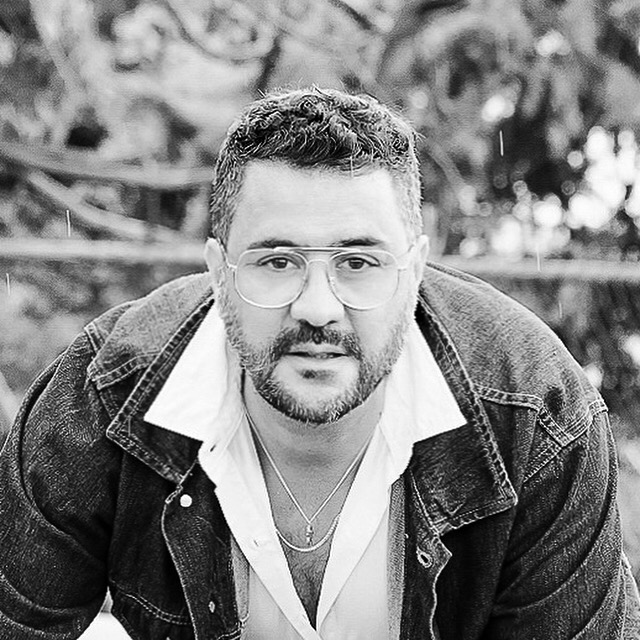 Ground-breaking, bold, committed to the most alternative artistic circles and to the most underground film and theater scene, Benja de la Rosa shuns – like almost everyone – labels. He vindicates each step of his career and each personal experience. Benja is a guy who exudes modernity, provocation and a certain irreverence in his view of cinema or television.

Terror y Feria, his revolutionary web series released this spring in Flooxer,-the video-sharing platform of Atresplayer (Atresmedia Group)-, and produced by “the Javis”, features a wide range of characters on the edge of the cliff, in addition to the inescapable archetypes proposed by Vogler in the mythical book The Writer’s Journey 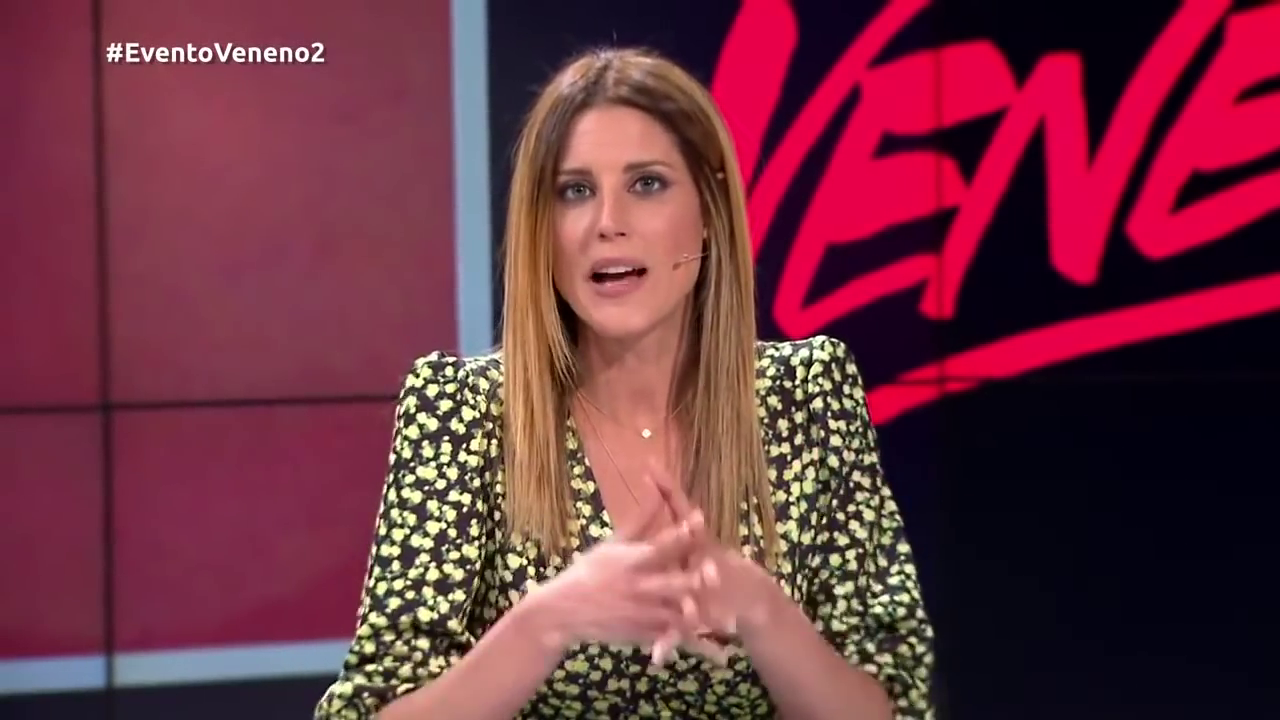 Mafalda González-Alegre is a producer of digital content at Atresmedia, focusing her work on Atresplayer Premium and Flooxer. Her latest works include both the associated production in fictions such as La Reina del Pueblo (2020), Campamento Albanta (2020) or Más de 100 Mentiras (2019); as well as the role of content manager of the successful Veneno or Paca la Piranha, ¿Dígame ?.

Graduated on Journalism, Mafalda began her work as a content producer in 2015 on the Flooxer platform and the many group’s YouTube channels. At that stage, she was responsible for the creation of very different projects: Terror y Feria (2019), Looser (2018) or Buster (2018) series; the feminist formats Las Uñas (2020) Reviews Fuertecitas (2018) and El Antivlog (2017); or the documentary series El Náutico: el refugio de los músicos (2019) or Yo, Chef (2018).
As a journalist, Mafalda González-Alegre has been editor of Seestrena.com, Atresmedia’s film information website, editor of the digital culture section of Antena 3 Noticias, or hostess and scriptwriter of the TV program La Escalera del Sótano (Neox, LaSexta).

Currently she combines her work as a producer of digital content at Atresmedia with her role as presenter of Evento! Program, a format dedicated to the season best fiction releases. 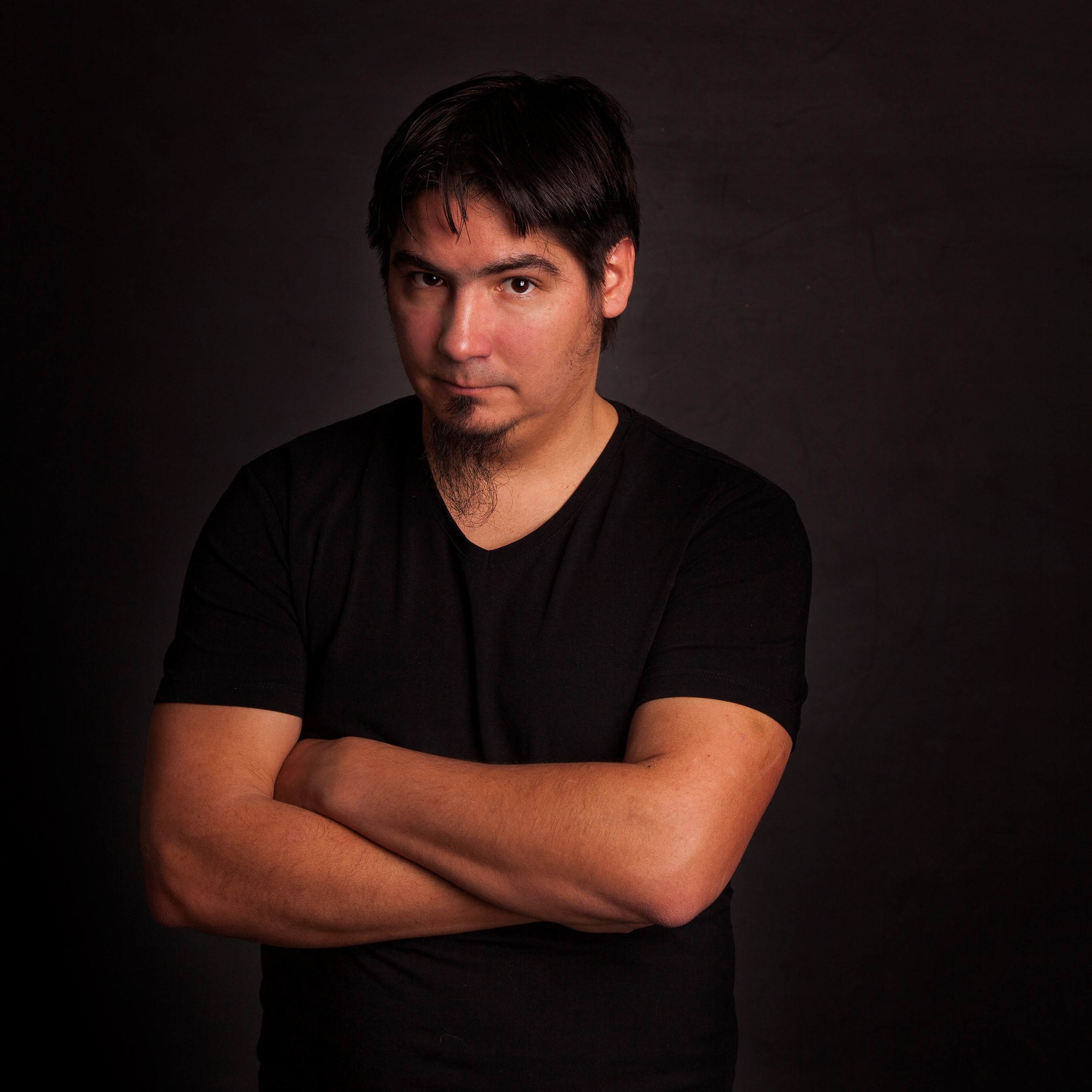 Paul Urkijo was born in Vitoria in 1984. He has a degree in Fine Arts. He began to shoot short-films from a very young age and begins to stand out as a filmmaker with El pez de plomo (2007), where his love for fantastic cinema and folklore elements is quite noticeable. His following short films, Ohe azpiko zera (2011), Playing with Death (2011), Monsters Do Not Exist (2012), The Black Forest (2015) and Naara (2016), almost all of them shown in FANT, accumulate numerous selections and international awards. Errementari (2018) that continues to delve into his particular obsessions by adapting a classic tale of Basque folklore is his first feature film.

He is currently in the pre-production of his new feature film: Irati. He has used this time to make a new short film called Dar-Dar. A horror story inspired by another tale of Basque folklore. 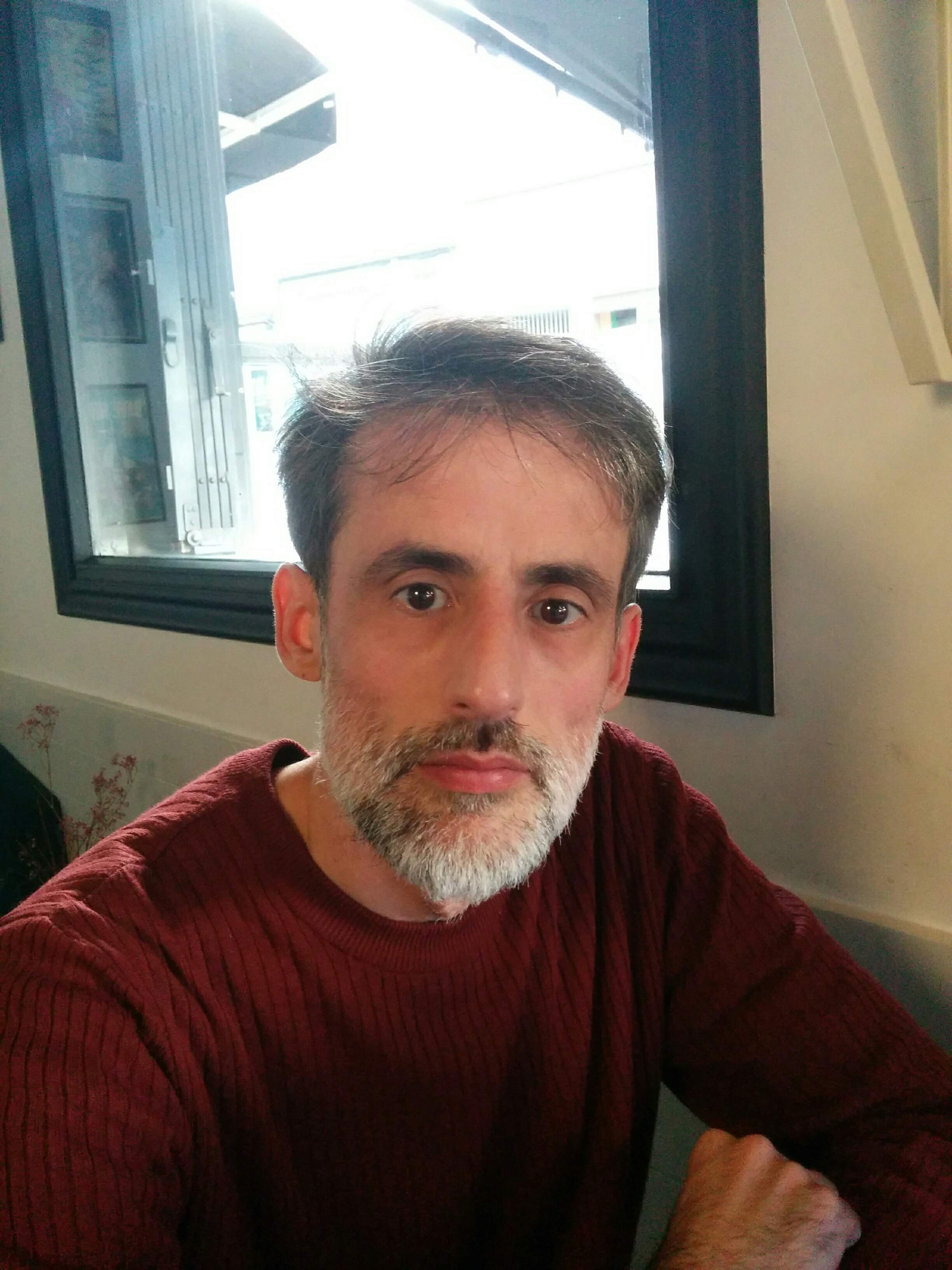 I feel cinema inside of me since I was 7 years old, when I went to the premiere of Star Wars, and I know since I was 13 that I would never stop watching films because of For a Few Dollars More. Many movies and books later, they offered me to be the editor in chief of Blogdecine (now Espinof), the most widely read cinema website in Spain. I stayed there for twelve years, making reviews of all kinds of premieres and special editions dedicated to people like Clint Eastwood, Walter Hill, John McTiernan, Sam Peckinah and Stanley Kubrick, among many others. The publication Dirigido por offered me to write for its “sister” magazine Imágenes de actualidad where I stayed for three years. For Cátedra, I participated in the collective book CINE XXI, alongside people like Miguel Marías or Toni Alarcón. During all that time I collaborated as a film critic in various radio programs of Cope Catalunya, Onda cero, Cadena ser and various radio stations in South America. I’m also co-author of the book Vaca Films: Pasión por el cine. And I am about to publish the huge project that has taken me four years, Love in 100 Movies, in which there are people like Koldo Serra, Guillermo del Toro, Joe Dante, Garci, Bayona, Scott Derrickson, Bárbara Lennie, Luis Eduardo Aute, Carlos Pumares, Javier Muñoz, and many more. 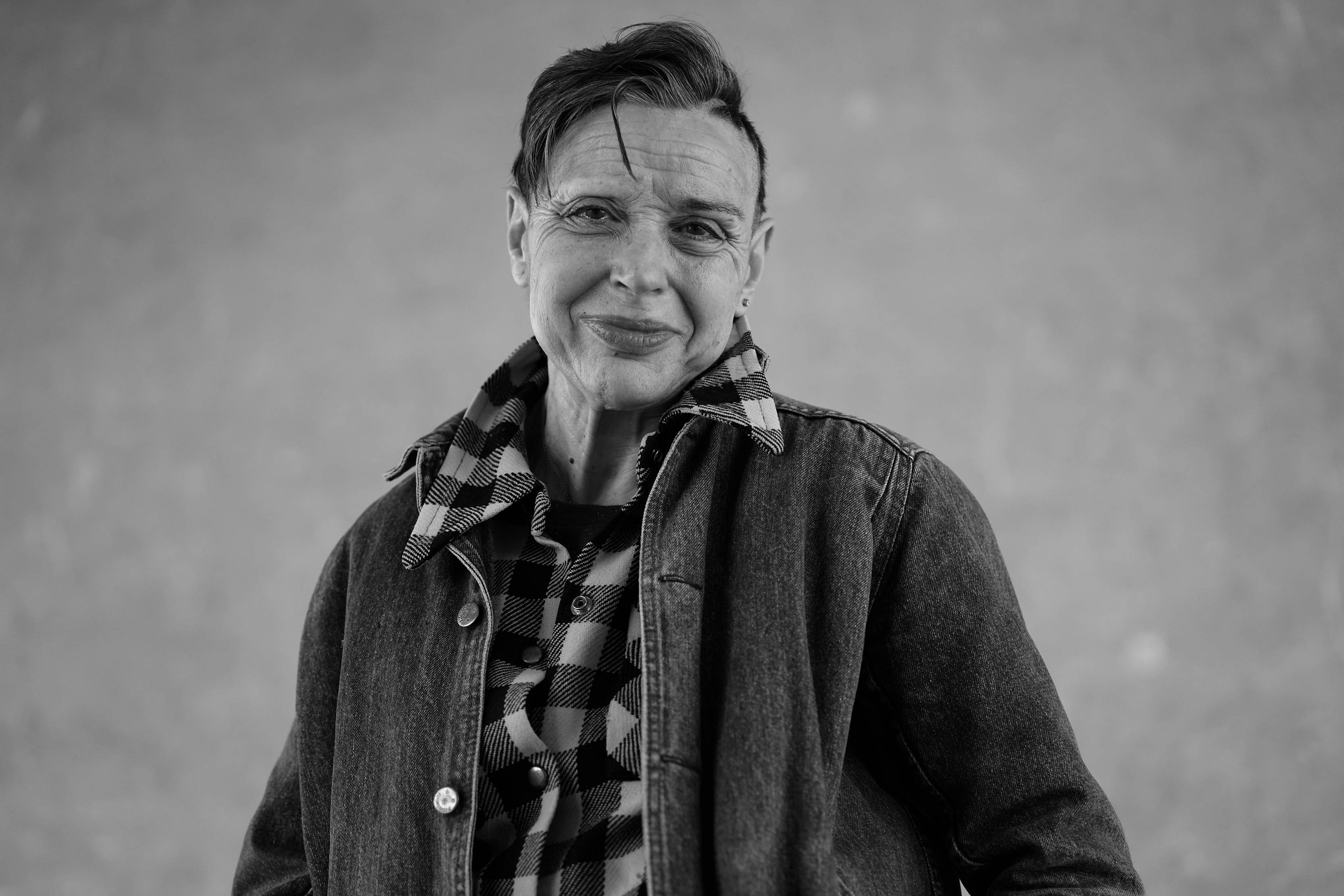 I went to Cannes for the first time in May 1985. In that same year, in September, I was hired as a film critic in Deia Gipuzkoa. Actually, I just wanted to write a lot of reviews to get the press accreditation for Sitges Film Festival. I was granted such grace in 1986. I was even invited to interview Christopher Lee. I accepted. When I sat in front of him, he told me that he didn’t want to talk about Dracula. I replied that we were in a fantasy film festival and that the Master was the Master. He told me that he had sung opera and was a paratrooper in World War II, that we could talk about that. I stood up and left. Over the years he came to San Sebastián. I saw how he was reflected in the mirror in the living room at María Cristina hotel. I wasn’t surprised, Lee was a fake. But by then I already venerated Frank Langella in Badham’s Dracula.

I’ve been collaborating with the Horror and Fantasy Film Festival for 30 years; I’ve been going to the Berlinale for another 30. Some years less going to Zinebi. I work in the Diario Vasco, in Berria and in Euskadi Irratia. I love motorcycles, bulls and, of course, the Vampire. The Exorcist still causes me a deliciously excruciating fear. I am from San Sebastian, a city with four wonderful cemeteries. 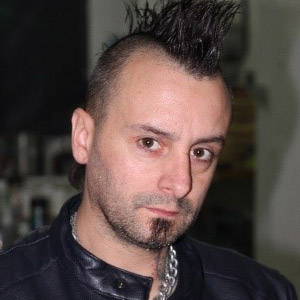 Specialist in makeup effects, with more than 25 years of professional experience in films, theatre and television. Expert in creating prosthetic makeup, animatronics and dummies. He has participated in well-known films such as Flowers (2014), Lasa y Zabala (2014), Guernica (2016), The Night Watchman (2016), The Giant (2017), The Bastards’ Fig Tree (2017), When You No Longer Love Me (2018), or Advantages of Travelling by Train (2019). Co-manager, together with his business partner Agar Martínez de la Hidalga, of his own FX studio: I-REAL FX, located in Getxo. They won a Goya Award for their work in The Giant.