Nerea Alberdi is a composer, orchestrator and music arranger. She has a degree in Audiovisual Communication and a Master’s degree in Musical Composition for Film, Television and Video Games from the Berklee College of Music. As a composer, she works fundamentally in the field of music for the image. She works regularly for composers such as Lucio Godoy, Zacarías M. de la Riva, Vanessa Garde, Alfonso Vilallonga or Sergio Jiménez Lacima, as well as on her own, in film, television, performing arts, advertising and studio arrangements. Her most recent works include the music for the television series Go!azen and Irabazi arte, the orchestration of several feature films such as A Normal World (2020) by Achero Mañas, Rosa’s Wedding (2020) by Iciar Bollaín, It Snows in Benidorm ( 2020) by Isabel Coixet or What Lucía Saw (2022) by Imanol Uribe – among others, – the original music for the feature film Josephine (2021) by Javier Marco (co-composed with Vanessa Garde) and the dance show LOF by the Eva Guerrero’s company. She teaches orchestration in the Degree in Music at the Escuela Música Creativa in Madrid and is a teacher in the Degree in Culture and Solidarity at the University of Deusto. For three years and until June, she has collaborated on the Radio Euskadi program “Graffiti”, presenting a weekly section on music dissemination.

Bilbao, 1977. Graduated in Audiovisual Communication from the UPV-EHU, he has been a professional screenwriter since 2005. His extensive career on television includes highly successful programs and series such as Vaya semanita (Ondas Award 2006), Euskadi Movie, Irrikitown, Nekane Amaya, Go!azen, Ihesaldia, El día de mañana or Irabazi Arte. Together with Haritz Zubillaga, he has written the feature film The Glass Coffin (2016), in addition to several scripts currently in the development phase. He is also co-author of the award-winning short films She’s Lost Control (2012) by Zubillaga and Jules D. (2016) by Norma Vila. He is vice president of EHGEP (Basque Scriptwriters Association). 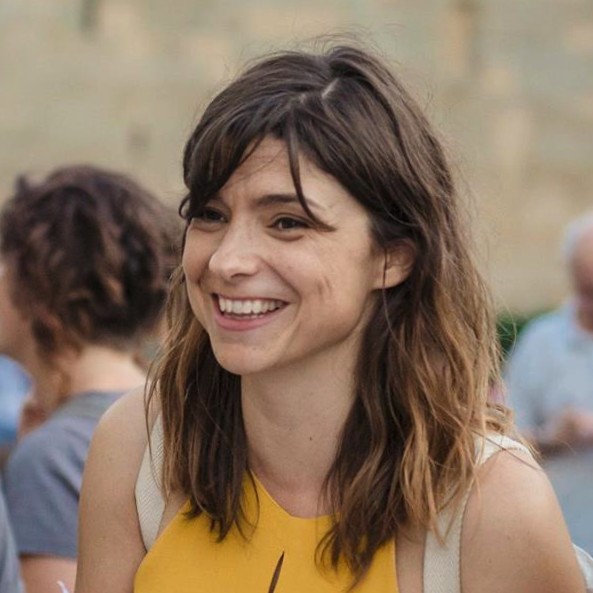 She’s got a degree in Audio-visual Communication from the Universitat Pompeu Fabra in Barcelona. Specialized in editing and post-production, she has developed her work for both cinema and television, in the fields of documentaries, fiction and animation. Among her works we must highlight are the fiction feature film The Skin of the Wolf (2017) by Samu Fuentes, the documentaries Kuartk Valley (2021) by Maider Oleaga and The Last Passage (2011) by Enara Goikoetxea/ Iurre Tellería; and works for television such as the episode “Mr. Trump, sorry for the inconvenience”, part of Jordi Evole’s program Salvados. In the last years he has also edited more than a dozen shorts, including Heltzear (2021) by Mikel Gurrea, selected at the 2021 Venice Film Festival or Irrits (2022) by Maider Oleaga, which has just competed in the official section in the Malaga Festival 2022. Simultaneously, he has written and directed five short films and developed content for theatre and museums.