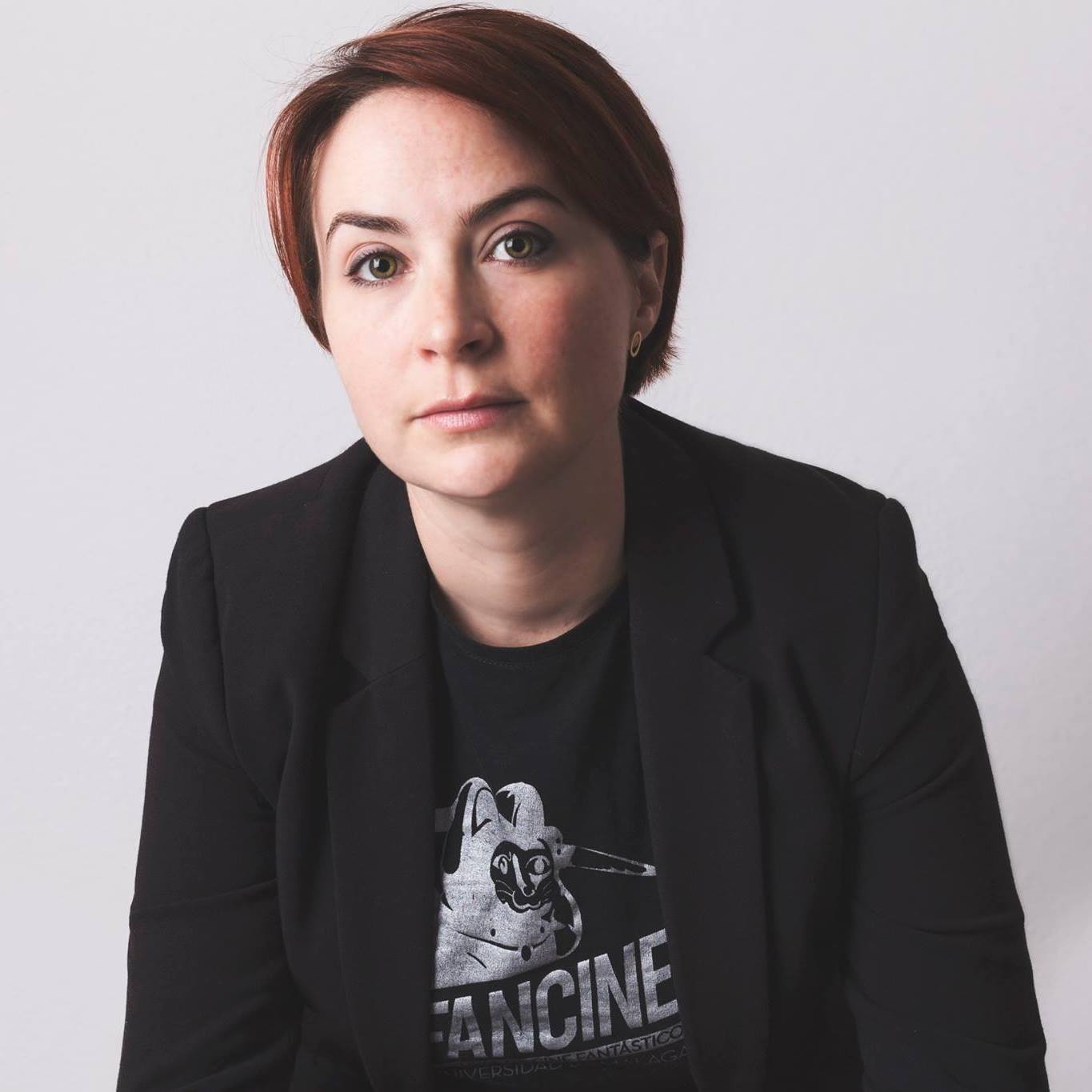 Málaga, 1983. She has a degree in Audio-visual Communication from Málaga University and a technical college degree in Plastic Arts and Design in Artistic Photography from San Telmo School of Art. She began her professional career as a photographer at the Cánovas Theatre in 2004, from there she went through different agencies and got into the cinema industry through the stills-photographer position in both short films and feature films. Since 2008 she has worked in the audio-visual field in different positions: photography direction, production and distribution. Member of the European Fantastic Film Festivals Federation, Méliès, she has performed international observer and jury duties at the Malaga Spanish Film Festival. Currently she has been focusing her efforts on the production and programming of Fancine – Fantastic Film Festival of Málaga for more than 10 years. 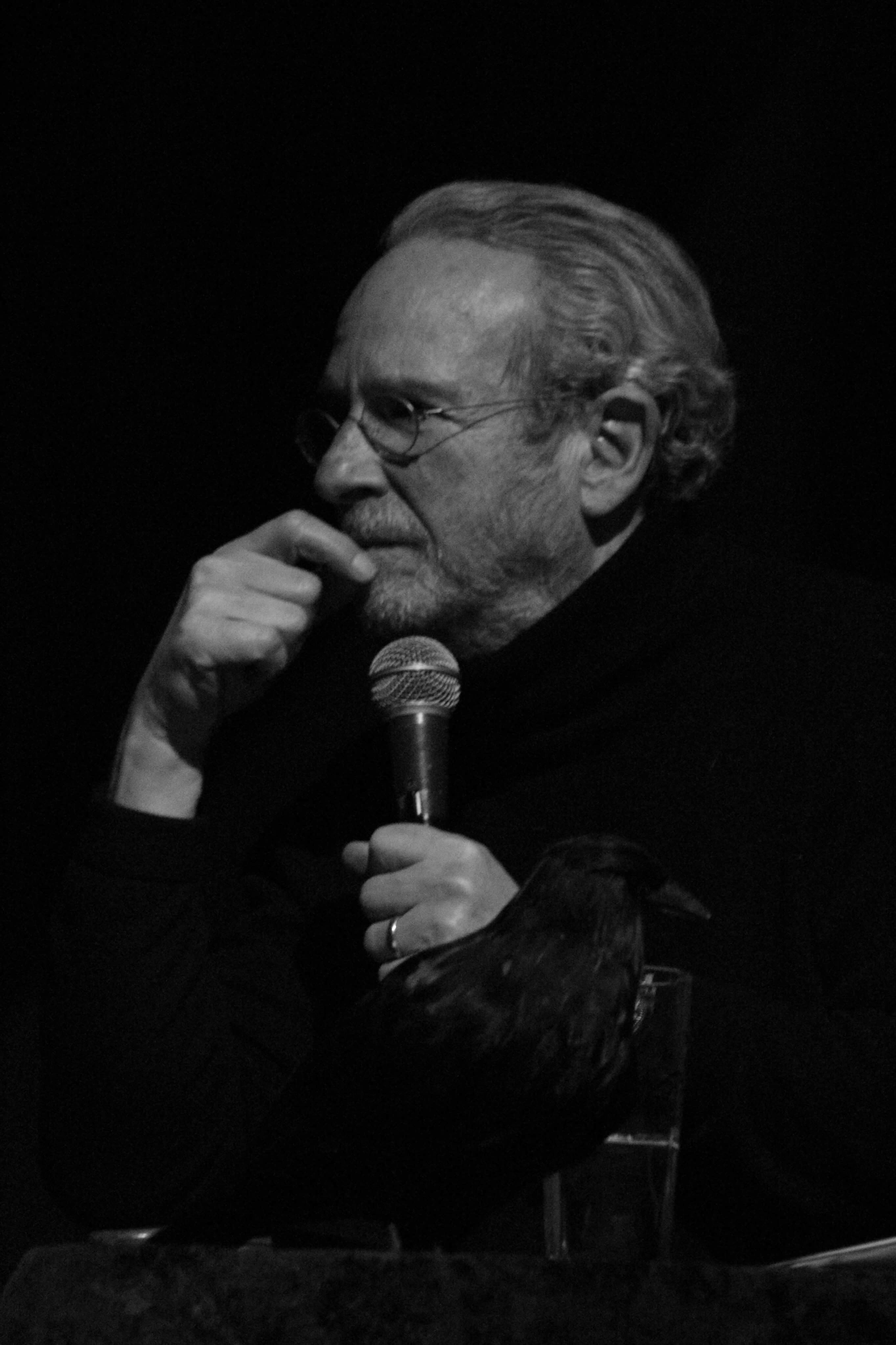 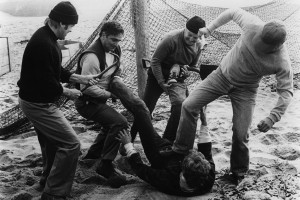 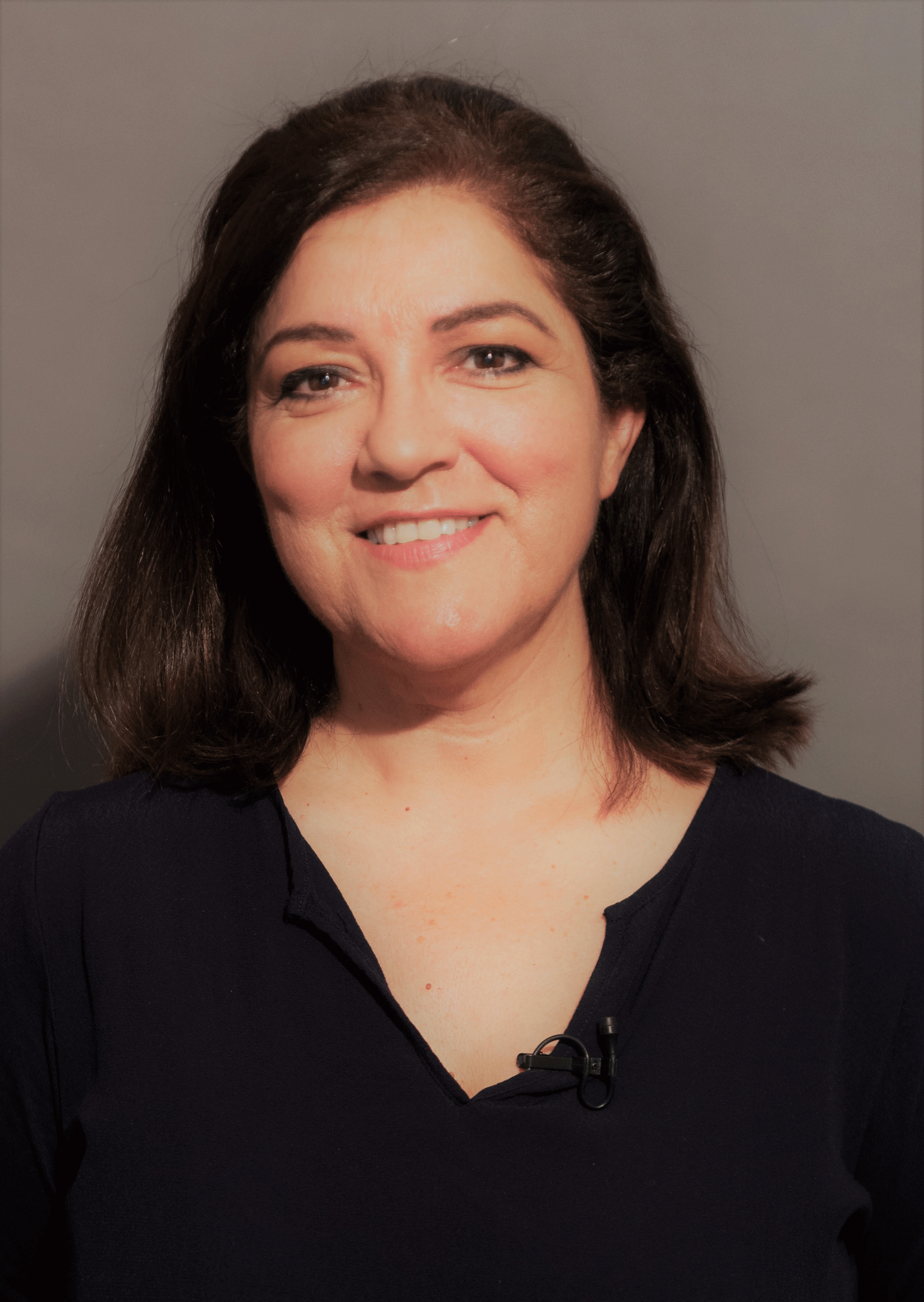 Diana Peñalver began her career as an actress in the theater with productions such as La Casa de Bernarda Alba or Luces de Bohemia. El caso Almería (1984), by Pedro Costa, was the first of a long list of films that includes: Braindead (1992) by Peter Jackson; Time of Silence (1986), by Vicente Aranda; Year of Enlightment (1986), by Fernando Trueba or Cradle Song (1994), by Garci. On television we have seen her as the sister of Federico García Lorca in the series about the poet directed by Juan Antonio Bardem.
Awarded as the best television actress for her performance in Chicas de hoy de día (1991-1992), by Fernando Colomo, her international fame came from the hand of Paquita, the main character in Braindead, (titled Dead Alive in its American version). She has recently worked with Javier Fesser, César Oliva, Wiro Berriatúa and Eduardo Casanova, with whom she currently works in the TV series Amar es para siempre. 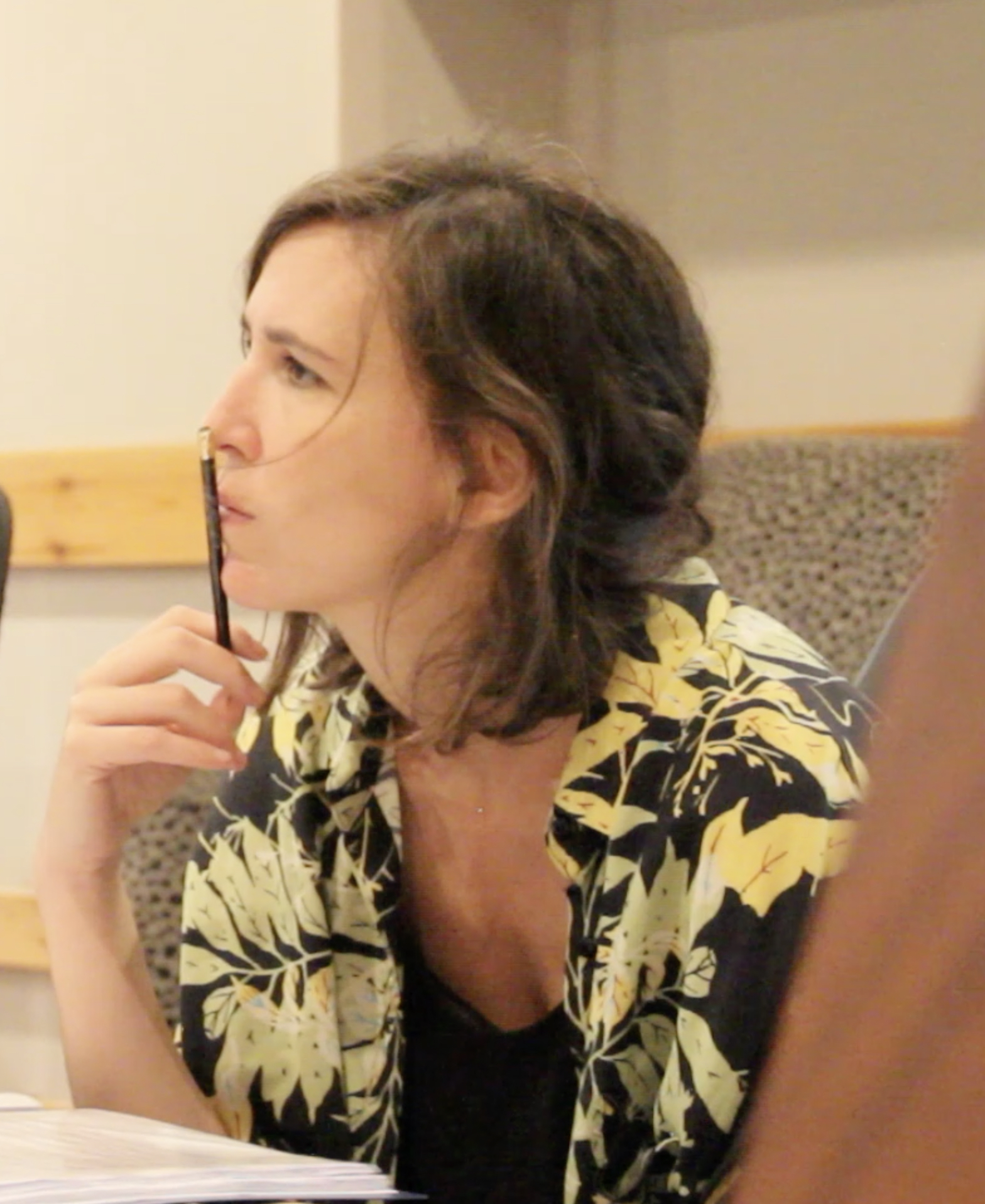 Aránzazu Calleja (Bilbao 1977) studied Fine Arts at the University of the Basque Country and trained as a violinist at the J.C. Arriaga Conservatory in Bilbao. She broadened her musical studies in Barcelona, in the Taller de Musics and Pompeu Fabra University, and later she received a scholarship to study at the prestigious Berklee College of Music in Boston, USA. He began composing music for the first short films by Borja Cobeaga, with whom she has worked on his four feature films, Pagafantas, No controles, Negociador and, most recently, Fe de Etarras. She is a regular contributor to the directors Haritz Zubillaga (The Glass Coffin, She’s Lost Control, The Dead Hours) and Javier Rebollo (Txarriboda, Alaba zintzoa, Anfitrioi Berezia). Among her last works we must underline the music for Birdboy: The Forgotten Children, directed by Alberto Vázquez and Pedro Rivero (Winner of the 2017 Goya for Best Animated Film and pre-selected at the 90th Oscar Awards) and her two most recent projects: Taxi a Gibraltar, by Alejo Flah and El hoyo, by Galder Gaztelu-Urrutia. 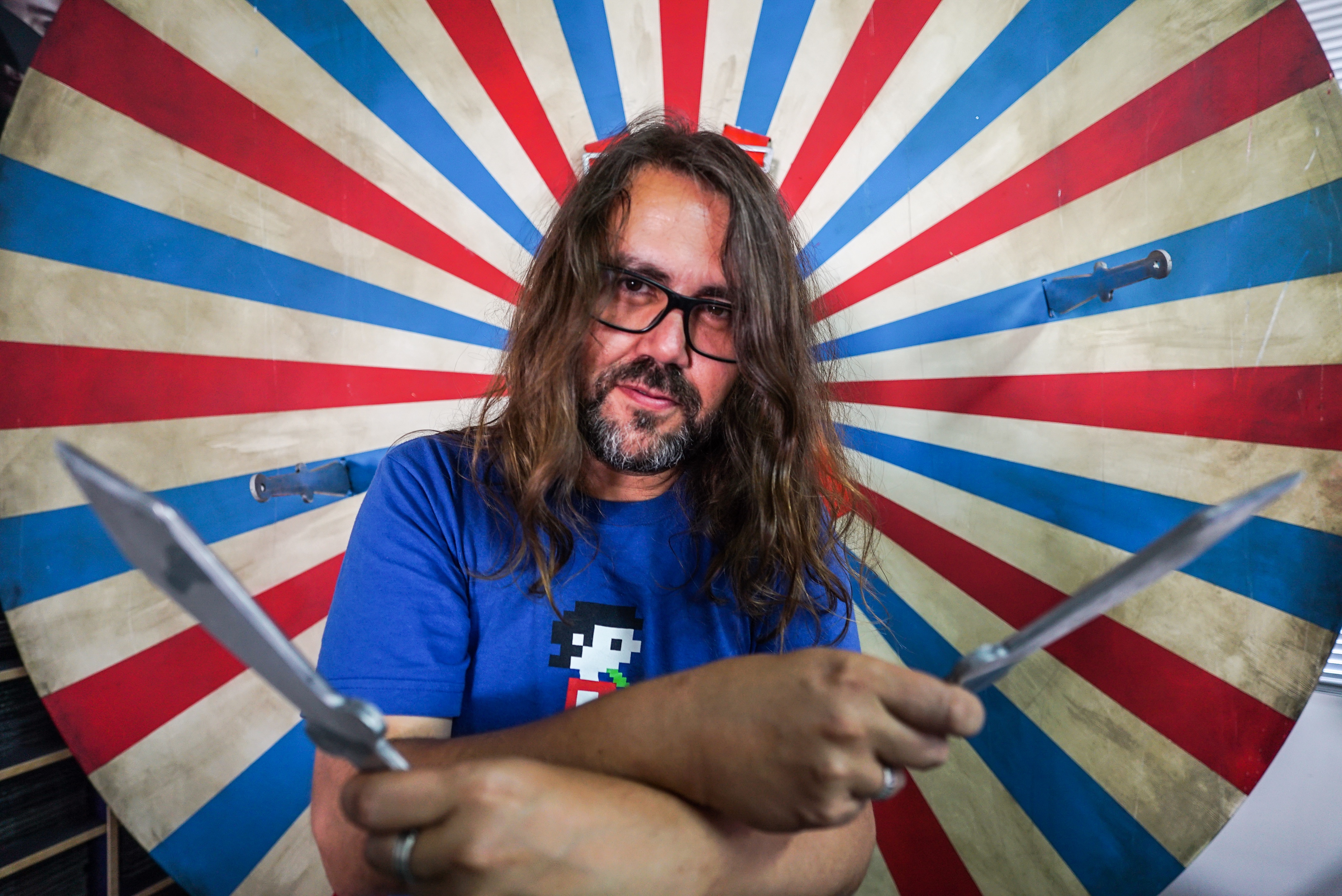 Bilbao, 1971. A director, film producer, writer, illustrator and cartoonist, as a specialized journalist he collaborates weekly in the pages of El Correo and other publications of Grupo Vocento and has signed columns and reports in multiple publications. He has directed video clips, commercials, short films and television programs. He has also worked as an advisor and coordinator of events around film and comics as an arts administrator (currently GRAF, Tracking Bilbao, Getxo Comic Fair …). In the cartoon field he has published several references, as well as books on film theory. He teaches filmmaking and comic in university courses and events. He is a founding member of the production company Arsenico P.C. and Sayaka Productions with Nacho Vigalondo, Koldo Serra, Borja Cobeaga and Nahikari Ipiña. In 2014 he directed, produced and co-wrote the film Neuroworld, based on the imaginary of M. A. Martín, which participated in numerous festivals. Currently, he also hosts the radio program La Hora Caníbal for Bi FM, among other activities. 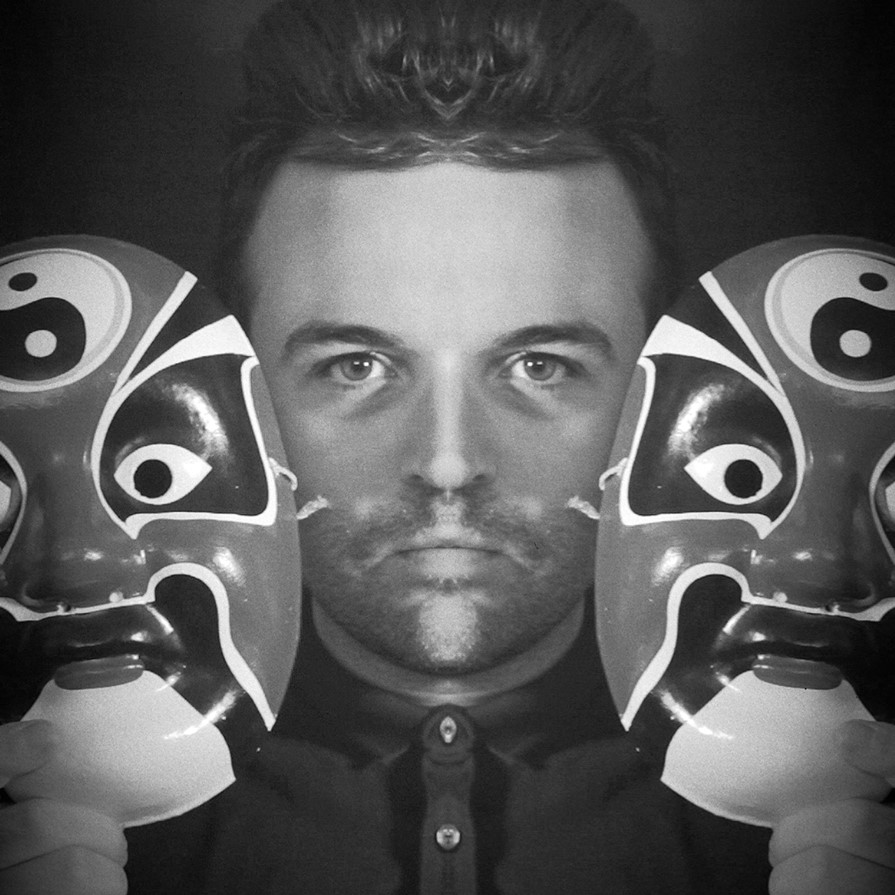 Rubin Stein (Spain, 1982) is, according to VARIETY, one of the 10 Emerging Spanish Filmmakers in 2018. Member of the SGAE (Spanish General Society of Authors and Publishers) Laboratory of Film Screenwriting and university professor, he has directed TV programs, created artistic videos for opera performances and has been curator of an exhibition about the evolution of the video clip in collaboration with Universal and 40Tv. His short films have been screened at more than 500 film festivals around the world, receiving more than 70 awards, including a nomination for the European “Méliès d’Or”. He has just completed the suspense trilogy, shot in black and white, Luz & Oscuridad with his latest short film Bailaora, winner of the Jury Award at FANT 2018 and Nominated for Best Fiction Short Film at Goya Awards 2019. His feature film project Tin & Tina is one of the 10 films selected for the “Frontières platform” at the last Cannes Film Festival.