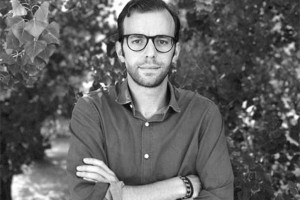 Born in Vigo in 1986, he has a degree in Audio-visual Communication and Journalism. He has worked for the last ten years in the advertising sector, and has also participated in film directing and screenwriting workshops at the New York Film Academy in Los Angeles (USA) and the EICTV in San Antonio de los Baños (Cuba).

With his production company, Zapruder Pictures makes his first short films in which he adapts videogames to real image. Filmed in English they accumulate about five million reproductions on their YouTube channel: Max Payne: Valhalla (2012), Modern Warfare: Sunrise (2013), or the award-winning Red Dead Redemption: Seth’s Gold (2015).

His feature film debut is the documentary Sad Hill Unearthed in which he narrates the odyssey of a group of fans to rebuild the cemetery of the final sequence of Sergio Leone’s classic The Good, the Bad and the Ugly. It was awarded the Noves Visions Best Film Award at Sitges Film Festival and nominated for the Goya Award for Best Documentary 2019. After being released in theatres, the film premiered worldwide on Netflix. 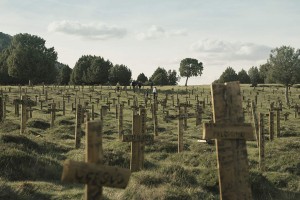